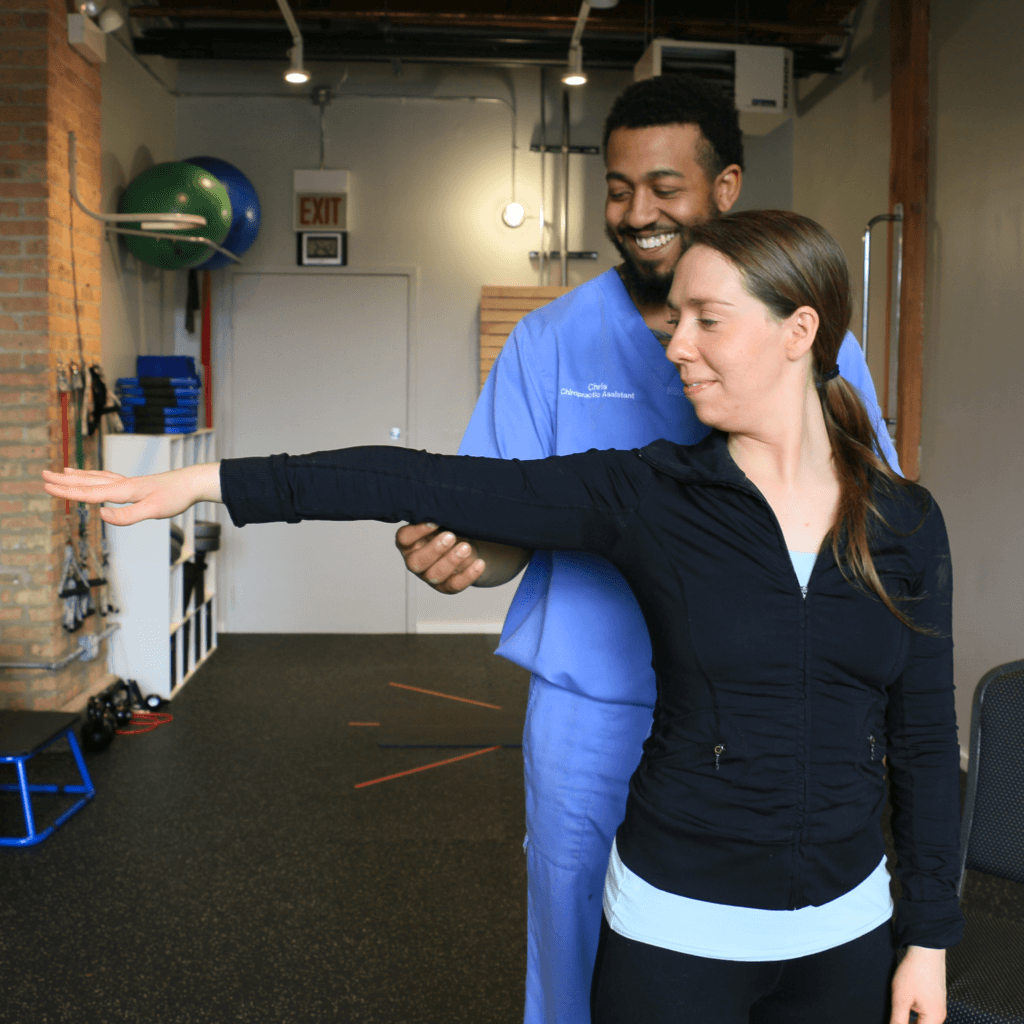 Motor Control is something that most people don’t think about…until an injury or surgery happens and the ability to do simple things becomes limited. Whether we’re walking through a park, picking up something from the ground, or throwing a ball, we tend not to think about the processes and mechanisms behind most things we do.

Behind the scenes, even the tiniest gesture or movement requires an incredibly complex process that begins with your nervous system and involves muscle contraction and the proper firing of electrical pulses.

Let’s take a look at the processes behind movement called motor control and motor learning. We’ll also discuss how a chiropractor or physical therapist uses this knowledge to heal the body and restore movement after an injury or surgery.

What is Motor Control?

Put simply: Motor control is purposeful movement. You think about picking up your cellphone and then you do it: this is motor control. But there’s much more going on here than you may think about.

To get a bit more technical, motor control is a three-step process that begins in the brain:

Step One: You make the conscious decision to move, which is called the planning stage.

Step Two: From here, electrical pulses fire to the appropriate areas involving cells, muscle tissue, and connective tissue. This is the programming stage or the brain giving instructions to the specific areas required for movement.

Step Three: Finally, your muscles contract and the movement happens. This is the execution stage.

The reason that most of us tend not to think about the actions that we’re doing is because our bodies have the goal of performing flawless movement with as little demand on your brain as possible. In other words, your body naturally wants movement to become automatic; it doesn’t want to have to overthink something as simple as placing a cup on a table or pushing open a door.

When we move, our bodies subconsciously take note of how well they’re moving and if something can be done better. If the movement is new, our bodies will use motor learning to master the new movement until it becomes as automatic as possible.

What is Motor Learning?

Think back to when you learned a new movement-based skill. For example, did you have to learn keyboard typing on a computer in school? If so, the first several months – maybe even the first year or two – were probably very slow and awkward. You probably had to constantly look down at your fingers to confirm if you were striking the correct keys.

Your teacher would run typing software that required you to type words or phrases correctly in order to advance. They may have had to remind you over and over again not to look down at the keys, but to stare at the screen. As the months passed, there’s a good chance that you became faster at typing. You probably made less errors, and only occasionally had to look down at the keyboard.

This process is a perfect example of motor learning, or the process of the body mastering a new movement-based skill. What starts out as painfully awkward and unfamiliar eventually becomes a new acquired skill, but how does this happen?

When you attempt a new movement such as typing or dancing, your body is going through another three-step process:

Step One: You are focusing intently on the skill or movement you want to do. This could be reviewing the instructions in your mind or listening to a teacher explain the best way to execute the movement.

Step Three: While you are practicing, your body is assessing your performance and taking internal feedback. You don’t even realize that your body is doing this, but it shows in the gradual improvement of your performance over time. If you have an instructor, they are also taking feedback to help you with step one of the process.

Your first few attempts might be poor, but with constant instruction and practice, you’ll find yourself improving in any movement or skill. So how does this apply to rehabilitation or healing the body after an injury or surgery?

How Does Motor Learning Help with Rehabilitation?

Understanding motor learning is essential if you are going through rehabilitation following an injury or surgery. A great chiropractor knows that movement can be restored, but the muscle and central nervous system may have to learn how to do it all over again. That’s why the key is gradual progression of a skill, practice, and repetition.

If the body has to relearn a movement, that means the three-step process of motor learning may have to be repeated many times. For example, a movement as simple as lifting your arm may have to go through the process of focus and instruction from your chiropractor followed by practice. Meanwhile, your body is taking feedback, creating connections, and re-learning the best ways to lift the arm.

Your chiropractor will increase or decrease the workload on the body depending on your progress. If you try to advance too quickly, the body won’t be able to learn the appropriate information. Move too slowly and it won’t be challenged enough.

If you visit a chiropractor or physical therapist, be sure to take their advice and practice at home. The fastest way to recovery is practice and repetition.

Have Questions About Motor Control, Motor Learning, and Rehabilitation?

Have you been struggling with movement following an injury? Are you suffering from limited mobility because of overusing a muscle? Give us a call today at 773-878-7330 to schedule a consultation and learn how we can help to restore movement and get you back on the road to a pain-free life.