Bronchitis is a condition in which the main passages into the lungs, the bronchi, become inflamed. The bronchi branch off the trachea (the windpipe) and lead into the lungs where they form smaller tubes called bronchioles.

The bronchi produce mucus which traps dust and other particles, preventing them from entering the lungs. When the bronchi become inflamed, they produce extra mucus which causes irritation and leads to cough.

Bronchitis can be either acute or chronic. Both conditions cause a hacking cough which may produce clear, yellow or green mucus. However, there are also some important differences between acute and chronic bronchitis. 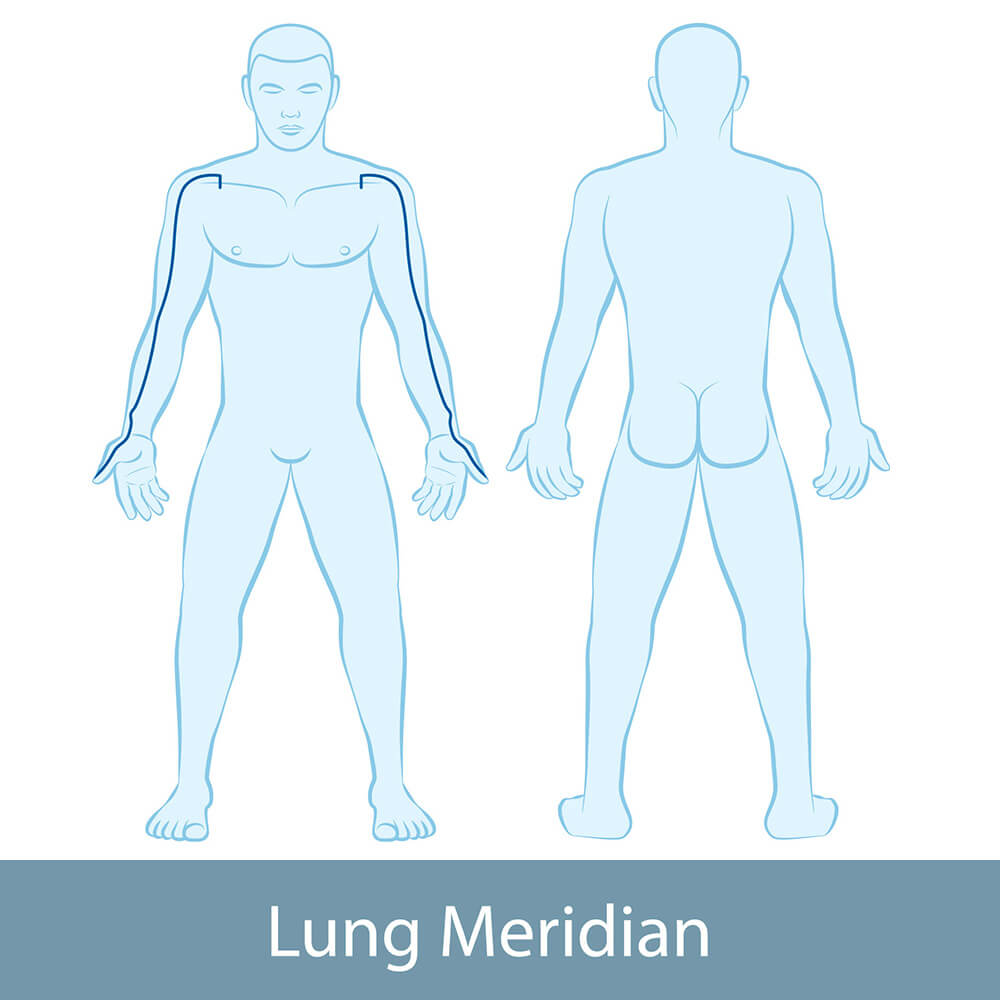 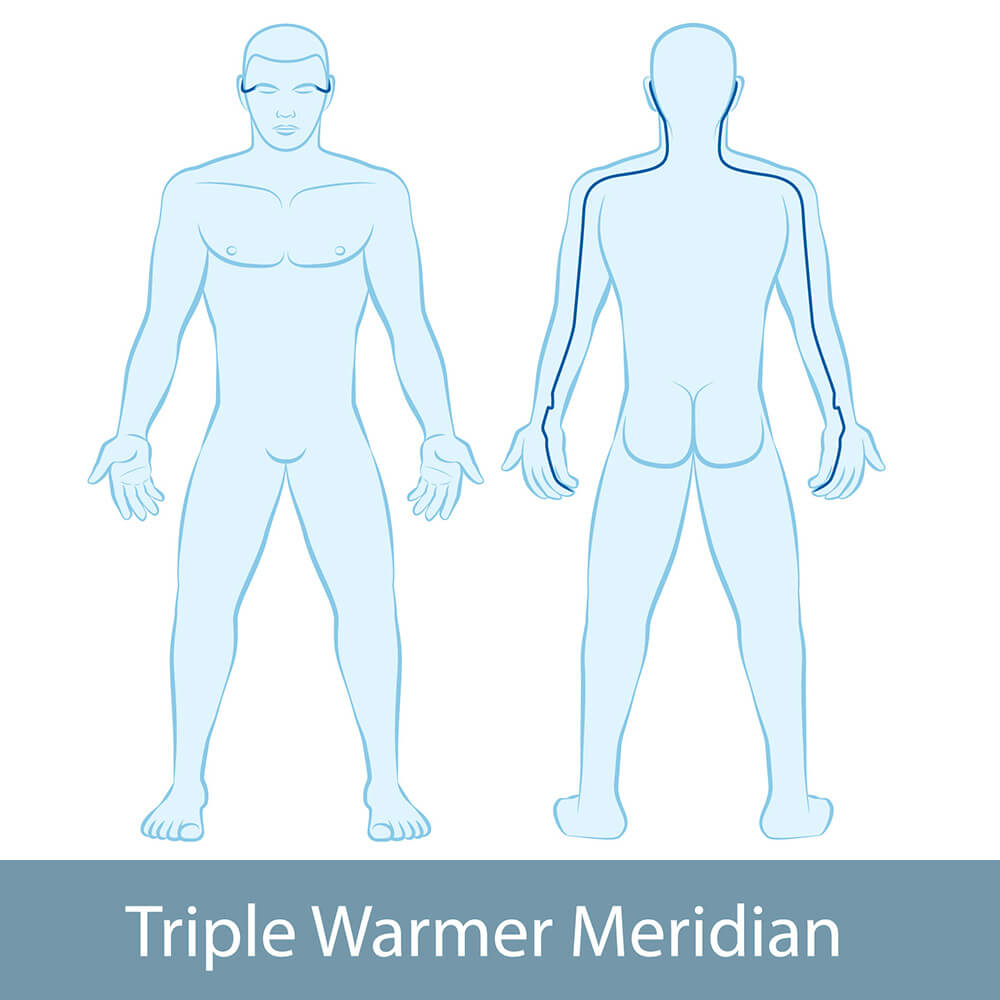 According to traditional Chinese medicine (TCM), the main organs affected by bronchitis are the Lungs and the Triple Warmer. The Triple Warmer is an organ which is unique to TCM. It is responsible for regulating the three areas of the torso, known as the three jiao. In bronchitis, it is the upper jiao, the chest area, which is affected.

Other organs can also be involved including both yin organs (the Heart, Spleen, Kidney, and Liver) and yang organs (the Small Intestine, Stomach, Large Intestine and Urinary Bladder). The exact diagnosis will depend on each patient’s individual symptoms and constitution.

The Lungs in Traditional Chinese Medicine

Traditional Chinese Medicine(TCM)  views the entire respiratory system as part of the Lungs. This includes the trachea, bronchi, and diaphragm as well as the Lungs themselves and all of their air pathways.

As well as being responsible for our breathing, the Lungs have some other important functions according to TCM:

First line of army (immune system) (wei qi).  Detects what is going on along the outer perimeter of our body (skin, hair, lungs, GI membrane) and starts up the immune system when needed.

The Lungs are responsible for inhaling “clean qi” (air) from the atmosphere and exhaling “dirty qi” (carbon dioxide – the waste product of respiration).

The qi inhaled by the Lungs is combined with “grain qi” from food to make “true qi” which is what circulates in the channels, nourishing and warming our bodies.

Because the Lungs form a barrier between the inside of our bodies and the outside world, they are prone to attack from pathogens such as bacteria and viruses. If your qi is strong enough, your body can defend itself against these easily. You will feel full of energy and able to breathe easily.

However, if your qi is weak, you can quickly fall victim to infections such as colds and flu,  breathing issues and bronchitis.

The Lungs are the uppermost organ in the body. Therefore they should direct their qi downwards to the other organs, especially the Kidneys with which they have a close relationship. If the Lungs fail to descend qi, it gets stuck in the chest and causes symptoms such as a cough, shortness of breath and a feeling of oppression in the chest.   This creates a cycle in which a cough can even cause qi to counterflow and move backward.

As part of their dispersing function, the Lungs circulate body fluids in a fine mist just underneath the surface of the skin. This keeps the skin warm and moist and controls sweating. The Lungs also direct water downwards to the Kidneys, Urinary Bladder, and Large Intestine to ensure normal urination and defecation.

Open into the Nose

The nose is the opening to the Lungs through which we take in air and breathe. If the Lungs are healthy, the nose will be clear, and we will be able to breathe freely and have a good sense of smell.

If the Lungs are imbalanced, the nose can become blocked or irritated resulting in congested or a runny nose, sneezing and a poor sense of smell.

The skin is seen as the third Lung (Immune system where the Wei Qi is on call, or standby, working) as it also forms a barrier between the inside of the body and the outside world. When the Lungs are healthy, the skin and body hair will be lustrous, and the pores will open and close efficiently to allow sweating.

When the Lungs are diseased, the skin can become dry, and the hair brittle. Qi is unable to circulate properly and we are at an increased risk of infections. Temperature control typically follows the cycle:  fever –> sweat –> cool down (heat). Cold –> goosebumps –> hairs up –> keep warm) We might sweat too much or not enough if our Lungs are weak causing further imbalance.

House of the Corporeal Soul

The corporeal soul, also known as the Po, is housed by the Lungs. This is the most physical part of a person’s soul. It is closely associated with breathing and is directly affected by grief and sadness.

Being the barrier between the body and the atmosphere means that the Lungs are prone to irritation from environmental sources. This includes dust, chemical fumes, and tobacco smoke. To protect your Lungs, it is important that you breathe clean, good quality air and reduce your exposure to irritants. Stopping smoking is one of the single most important things you can do to protect your Lungs.

If you have a weakened immune system due to long-term illness, stress or following a cold or flu, you will be more susceptible to infections. Look after your immune system by eating a healthy, balanced diet, exercising regularly, reducing stress and getting enough sleep.

A weak digestive system can also affect your immunity, allowing pathogens to penetrate deeper into your body. Including some fermented foods such as kimchi, sauerkraut or kombucha in your diet can help, as can taking a probiotic to boost your levels of helpful gut bacteria.

Having sadness on your mind can also injure the Lungs as they are badly affected by this emotion. While it is normal to experience all emotions from time to time, sitting on the same emotion long-term can damage the associated organ. For example, too much joy causes hyperactivity of the Heart. In TCM this affects your blood, blood vessels, and spirit and can result in lack of sleep. Therefore, it is important to try and move through emotions quickly and not get stuck in the same one for a long period.

The first stage in treating bronchitis with TCM is to find out the mechanism of the disease. Since the lungs perform multiple functions symptoms as well as causes will vary between patients.  A detailed consultation will be carried out, and you will be asked about your current symptoms, medical history, and lifestyle. A customized treatment plan will then be developed based on your individual needs.

You may be offered herbs (dietary changes), acupuncture and lifestyle advice to treat your bronchitis. Any underlying imbalances will also be addressed allowing you to take it easy, knowing that your condition is being treated from its cause.